In celebration of the 100th Anniversary of the Harlem Renaissance, the Harlem Shakespeare Festival​ in partnership with the Harlem Cultural Collaborative present The Importance of Being Earnest, set in 1920’s Harlem.

With high style, dynamic dialogue and the music that changed a nation, Oscar Wilde's fun-loving and hilarious comedy of manners is brought to life by a cast of nine Classically Trained Actors of Color who will provide us with a glimpse of America's Black Bourgeoisie in a time known as the Harlem Renaissance.
WHAT: Harlem Shakespeare Festival Classical Lab Reading Series 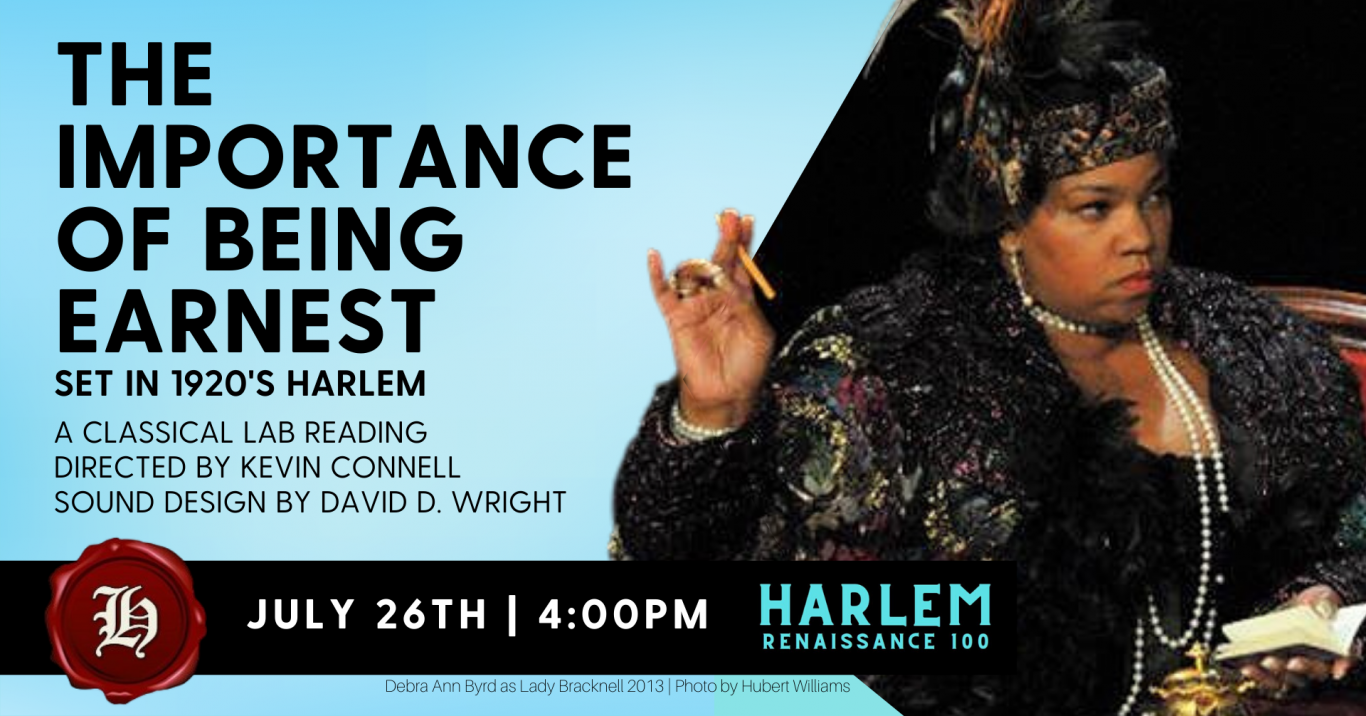